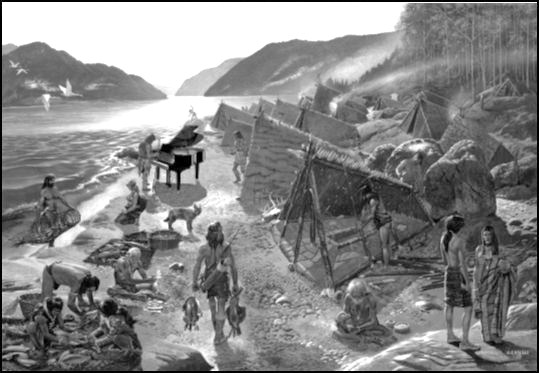 “Perhaps there may come to us, then, in some such moment a ghostly sense that an invisible
doorway has been opened – a doorway which, widening out, will take man beyond the nature
that he knows”  ~ Loren Eiseley, The Firmament of Time, page 181 (1972)

Mary Becker is the co-director and researcher, for Interpretive Performance Excavation (I.P.E).  Mary’s fascination with ghosts began around age two and a half after “seeing” her grandmother on several occasions after her grandmother’s passing.  Her childhood home had residual hauntings mostly in the stairwell area and a ghost here and there.  Over the years, Mary read voraciously of fictional and nonfictional accounts concerning ghosts and visited known haunted sites.  It was not until she became involved in a paranormal group as an adult that she found others with the same interest.  Through Facebook, Mary met John Sabol and traveled all over the USA, Canada, and Europe presenting their ghost research work at academic, paranormal, and scientific venues.  Mary grew up, lived and worked in the Washington, DC, suburbs for many years.  While living there she took acting workshops, dance lessons, performed in plays and musicals, became a licensed makeup artist, modeled for a major department store, and participated in the Miss Maryland/Miss USA Pageant.  Her background has proven beneficial in performing scenarios during a Ghost Excavation.  She has been interviewed on national and internet radio and has appeared in a few TV pilots for cable television about ghosts and history.  Her administrative background helps significantly with the business side of I.P.E. and currently she is an Administrative Assistant at the Omni Bedford Springs Resort and Spa’s haunted cottage.   Mary, along with John Sabol, reside in a haunted home located in Bedford, Pennsylvania.

More information can be found at  www.ghostexcavation.com

John Sabol is an archaeologist, cultural anthropologist, and actor. He is also the co-director of Interpretive Performance Excavation (I.P.E).  As an archaeologist, he has documented and recorded the manifestations of past soundscapes at various ruins and sites of rubble and destruction in England, Mexico, and multiple sites in the U.S.  John has written over 30 books on his fieldwork and methodology called “Ghost Excavations”. As an actor, he has appeared in such 80’s blockbuster films as “Dune”, “Rambo 2”, “Conan the Destroyer” and the James Bond film, “License to Kill”.  He is the director, and co-producer, along with Mary Becker, of several documentaries that are accounts of immersions into past ethnographic soundscapes at sites perceived to be haunted by past presence.  John has developed numerous scripts and storyboards for these documentaries.  John has presented these documentaries at various scientific conferences and popular culture expositions in Europe, Canada, and the USA. He has spoken at such varied venues as the Space and Place Conference in Prague, Czech Republic, a conference on liminal landscapes at the Royal Geographic Society in London, Exploring the Extraordinary Conferences in York (UK) and Gettysburg College (USA), Conference on European History (University of Canterbury, UK), the ASSAP Seriously Strange Conference (University of Bath, UK), the GHost Conference (London, UK), the CHAT Archaeological Conference (York, UK), TAG (Theoretical Archaeology Group) Conferences at Berkeley (California), University of Illinois (Champagne-Urbana), University of Buffalo (New York), New York University (NYU) (New York City, University of Boulder (Boulder, Colorado), the Popular Culture of Canada Conference (Niagara Falls, Canada), The Popular Culture Conference in Boston and Washington, D.C.,  Supernatural Conference, Budapest, Hungary, and the Society for Mexican Architects (Mexico City). He has also appeared in the TV series, “Paranormal State” as an investigative consultant for haunted American Civil War battlefields. His books can be purchased through Amazon.com.  John, along with Mary Becker, reside in a haunted house located in Bedford, Pennsylvania.

More information can be found at www.ghostexcavation.com

John's books can be found at www.amazon.com

Brad began his working career as a chemist fresh out of college with the WV Air Pollution Control Commission while continuing to perform and teach as a musician.   He then moved on as a chemist at Union Carbide Corporation and further expanded into musician representation as a union leader, finding his organizational and management skills were in need there.  Dow Chemical Corporation saw fit to make him a laboratory information technology site expert which later led to his career as a distance learning coordinator.   Union Carbide and then Dow Chemical also trained him in facilitation, team building, Six Sigma and Apollo Root Cause Analysis, among many other subjects.   These skills allowed him to move to a position as Distance Learning Coordinator and then Systems Manager at the Virginia Department of Health.  Finally, the Center for Paranormal Research and Investigation allowed him to participate in many of their projects and to later become their research coordinator which is his current position.

Brandon Massullo recently returned from Scotland, United Kingdom where he studied at the University of Edinburgh.  Brandon worked within the Koestler Parapsychology Unit.  His research focused on “Environmental Sensitivity and Paranormal Experiences”.  Brandon is a licensed clinical counselor in the state of Ohio and has been working in the mental health field for 12 years.  He has a bachelors’ degree in Psychology and a Master’s degree in Clinical Counseling from the University of Toledo.  Brandon also obtained an MSc in Psychological Research Methods while conducting research at the University of Edinburgh.

Brian has been a paranormal investigator and researcher since 1996 when he founded the Ohio Paranormal Investigation Network. He is the author of four books on the subject of paranormal group operation including his latest book, The “E4” Method: Breaking the Mold of Paranormal Investigation. Brian's anomalous research also includes Ufology and Cryptozoology, and he is currently with the Pennsylvania Bigfoot Society investigating Bigfoot and big cat sighting claims.

He has worked with the ParaNexus Anomalous Research Association for several years and served as the Research Director, Anomalous News Coordinator, Treasurer, and Board Member until the corporation dissolved in early 2012. Brian also hosts the Paranormal News Insider segment of the Grand Dark Conspiracy podcast, and has appeared on numerous Internet radio shows, paranormal conferences, and conventions as well as his own events where he speaks on a variety of paranormal and anomalous subjects. He holds a Bachelor's degree in Metaphysical Humanistic Science from the Institute of Metaphysical Humanistic Science and has received his Master's and Doctoral degree specializing in Metaphysical Science. Brian resides in Twinsburg, Ohio with his wife Amy.

More information on Brian D. Parsons can be found at http://briandparsons.com

Brian's books can be found at http://www.lulu.com/spotlight/ghosthelp

Kelly L. Weaver spent her childhood in a haunted 19th century home in Hummelstown Pa, where she first discovered her ability to connect with things unseen.   She is a graduate of the York Academy of Arts and spent several years in the fashion and advertising industries prior to starting her own business, Kelly’s Magical Garden, providing products and services for one’s spiritual quest.   Kelly is the founder of the Spirit Society of PA, which was formed in 1996 and remains one of the oldest paranormal interest groups in the northeast.  She has also been a regional representative for the American Ghost Society and member of the Academy of Religion and Psychical Research.   Over the past 20 years, she has spoken at numerous conferences and events, appeared on local and national radio and television and been featured in a wide variety of media.   Her autobiographical book, Whispers in the Attic, Living with the Dead, was published in 2004.   A Reiki Master, she uses healing energy and her intuitive skills to help various animal rescue groups.   Now semi-retired, Kelly lives with her husband John and several pets in Camp Hill PA.

John D. Weaver grew up on Main Street in Mechanicsburg PA, in a home that witnessed the June 1863 Confederate capture of the town (northernmost during the Civil War).  With Gettysburg being nearby, a visit with his father in 1962 began a lifelong fascination with the town and battlefield.  While purely historical at first, he would in later years realize some very odd things happen on such ‘hallowed ground’ and with his wife Kelly began to explore these in earnest.  John has a fine arts degree and has worked as an Art/Marketing Director for decades.  His specialties include illustration and photography.  Along with the paranormal his interests include aviation, military and maritime history.   He defies aging (at 61) by still playing hockey as a goaltender and can be found lapping road racing circuits in sports cars and karts.  In addition to being co-founder of the Spirit Society of PA, John’s other paranormal/historical affiliations include:  Senior Field Investigator and State Section Director for the Mutual UFO Network (MUFON), board member of Rick Fisher’s National Museum of Mysteries and Research Center, long-time member of the Titanic Historical Society.

Jonathan has a long law enforcement and spiritual investigations resume. In 1993 Williams joined the Pitman Police Department in New Jersey as a Law Enforcement Explorer, which was a police training program for teenagers. In addition to the explorers, Williams was involved in Law Enforcement at the local Vocational School where he learned some of his first investigation techniques from veteran investigators from not only local municipalities and state police but FBI and national agencies. After High School Williams went to college at the Gloucester County College for their Law Enforcement curriculum which included Criminalistics, Forensics, and Law. While he was getting his Associates in that discipline, he was working for multiple police and law enforcement agencies developing his experience and gathering job knowledge in police and crime scene investigations. Shortly after Jonathan graduated from High School, he was asked by veteran Police Chief Ray Milligan to teach vocational level crime scene investigations to students from the Gloucester County Vocational School. After 9/11 Williams joined the Air Force and became a Security Forces Member / Military Police Officer. He served in Japan, Pakistan, and returned to NJ to finish his enlistment. In the Air Force, Jonathan worked mostly with Law Enforcement and Patrol. Soon after he was discharged from the military, he received a job working with the County of Adams in Gettysburg, PA as an Anti-Terrorism Officer for the Courthouse. In addition to the job, Williams also received his Bachelor’s Degree in Homeland Security from the American Military University, and gained his certificates in Incident Command from the Federal Emergency Management Agency. Williams has been trained through the years in all forms of Security, Law Enforcement, Criminal Intelligence, Crime Scene Investigations, Forensics, Etc. In addition to Williams’ extensive law enforcement experience, he also has studied Spiritual Investigations since 1997 becoming adept in the methodology, techniques, and knowledge of investigating the unknown. Williams is currently working on his Master's Degree in Emergency Management, and is Executive Director of the International Association of Para-Forensics in State College, PA.

Patty has been a writer and historian for over 20 years.  Her books include the original “Haunted Pennsylvania”, “The Pennsylvania Ghost Guide Vol. I & II”, “Pennsylvania Monsters” as well as many others. She is also the co-author of “The Big Book of Pennsylvania Ghost Stories” with historian and author, Mark Nesbitt.  Patty co-founded the Ghost Research Foundation, which was the first field research group to teach at the Rhine Research Center in Durham, N.C. and Lily Dale Assembly in New York.

Books and book signings will be available by a few of our speakers such as Brian Parsons, John Sabol,
Jonathan Williams, Patty Wilson, and Kelly Weaver.